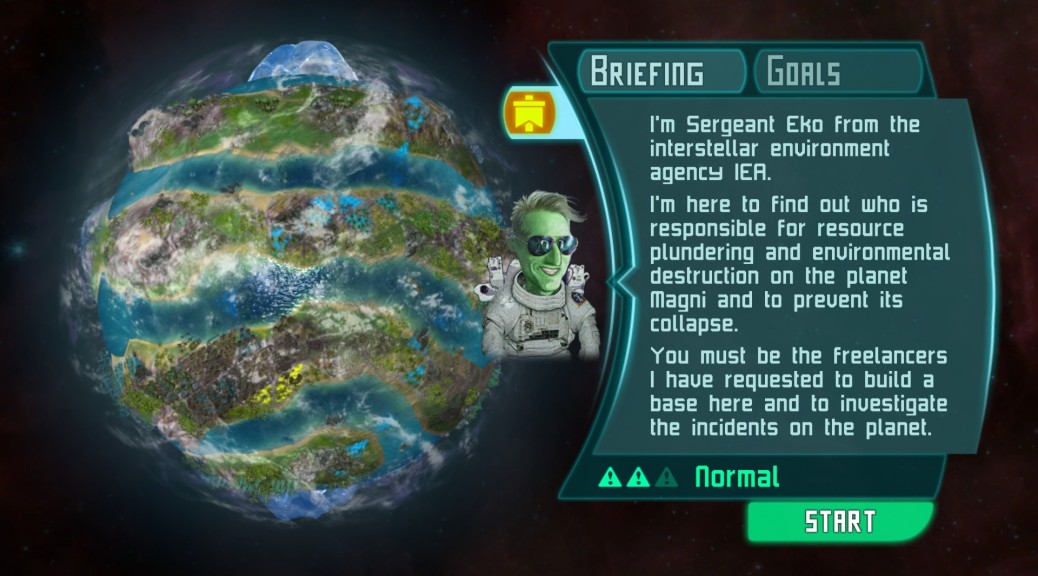 With the release of Alpha 16 coming nearer we would like to give you a short info on what to expect from it content- and story-wise.

As you probably have already realized the new campaign planet will be called Magni. It will be added in between Rounos and Bora and continues the story after Lima and Twostone’s decision to form their own company. This is obviously a difficult task and to make some money you will start your next mission as a freelancer for the IEA (interstellar environment agency). The Xrathul are a locust like race that use ships called Harvester to harvest resource from planets. They slowly float from field to field grabbing and destroying what they find on their way. A part of your mission on Magni will be to protect yourself and others from them.

More on this next week with the release of Alpha 16. Releasing it only 3 weeks after Alpha 15 brings us back to the schedule of releasing new content at the beginning of each month 🙂