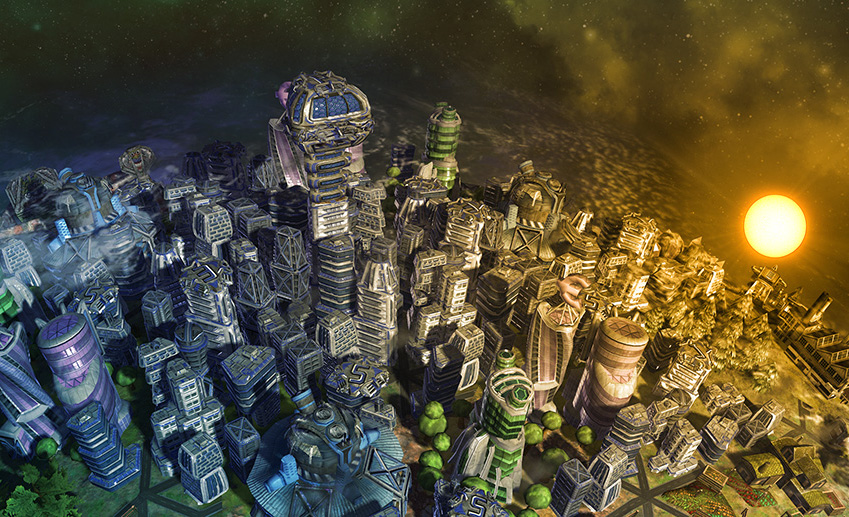 Imagine Earth is an economic strategy game and a climate crisis simulator. Build and supply your own global civilization. Develop infrastructure and trade to thrive and prosper. Do research for sustainable production lines and renewable energy sources to lower emissions and avoid global warming, increasing disasters and rising sea levels.

While Imagine Earth starts as a relaxed building simulation and resource management game it can turn into an ecological survival thriller based on your development decisions.

The game puts you in the position of a global economic actor. Compete economically against rival corporations or form strategic alliances to adress diplomatic and environmental issues in the world congress. The final challenge is to preserve the quality of life for your inhabitants and establish a balance between growth and sustainability.

“Imagine Earth is an original hymn to ecology.”
8/10 – Multiplayer.IT

“One of the great management proposals of recent times.”
85 – Genericon Pixel

“Artistically every planet is a little wonder”
9/10 –Gameplay.cafe

Imagine Earth focuses on the conflict between economic growth and environmental destruction. Corporations that compete economically will have to work together at a certain point to maintain the environment as their economic base. In this context the game deals with business ethics, globalization and the economic growth spiral.

Imagine Earth makes the most threatening and pressing problem of human history playable in a simulation. The challenge of global warming, which often seems too abstract and inconceivable to an individual, becomes tangible and treatable for a single player. We want to offer the responsibility for the fate of a global ecosystem and the freedom to choose his own path.

The Role of Climate and Environment

In this article, you can read how Imagine Earth addresses the problem of global warming and the conflict between economic growth and environmental destruction, and how we made the climate crisis a motivating and authentic core mechanic in the game.

Merchants and technology traders organize the interplanetary trade and will happily buy all minerals and resources you extract from your territory while selling helpful technologies. You can also craft strategic equipment from the harvested rare materials and produced goods.

The job of a space colony manager is to develop efficient production and space trade to thrive and prosper. Start with building infrastructure and resource management. Build city districts and supply them with food, energy and goods. Find the best placement for every construct. They have many positive and negative influences on each other and there are various ground conditions and fossil deposits on the fields.

Players are competing economically against other corporations for supremacy over globalized markets. This includes share trading and hostile takeovers. You can even use terraforming and weather manipulation to sabotage your opponents stock prices. Make deals and form alliances or face all kinds of diplomatic struggles over resource exhaustion and land grabbing.