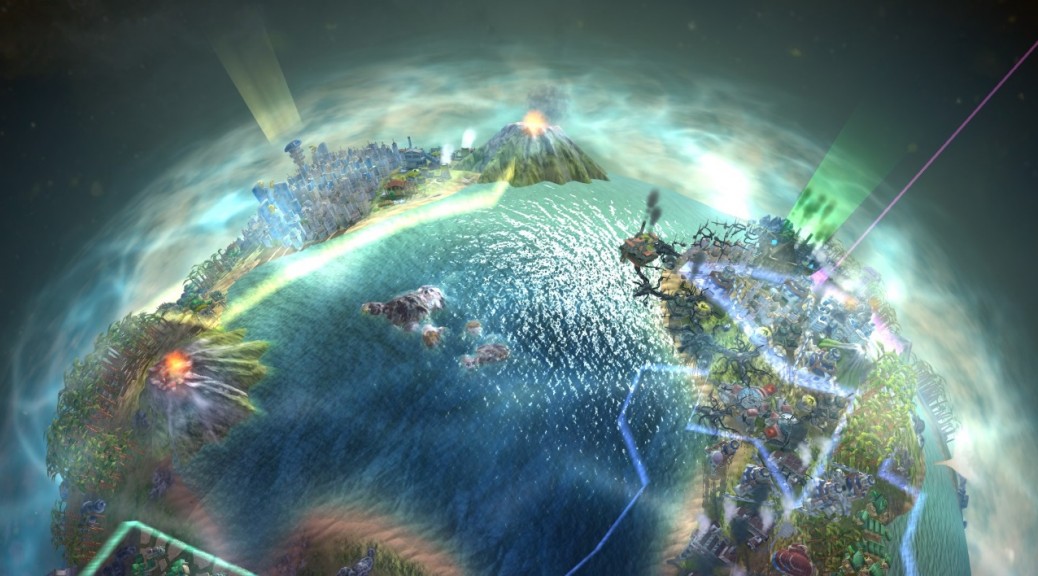 Since we didn’t have enough time, the first version of the Bora mission had to be released without a visualization for the planetary shield.  As you can see in the header image the planet now has a quite beautiful shield around it’s atmosphere.

We tried to replace the bollards of the player’s city border  with a laser fence. Since it allows to distinguish the different cities much easier we decided to use it for the other players, too and add some polishing. Here is the result: Jens is creating a new trailer, because some time ago we realized that our current trailer is really old. It lacks a lot of new features that have been added during the last months.

I am currently working on a new “Free Play” menu that will be added to the main menu. It will allow you to start a custom game with a few clicks. You only have to decide on the game mode and take a randomly generated planet or pick one from the campaign planets or sandbox. The game modes currently available are “Competiton” (population goal), “Open World” (no goal) and “Time Trial” (population goals within a certain time).