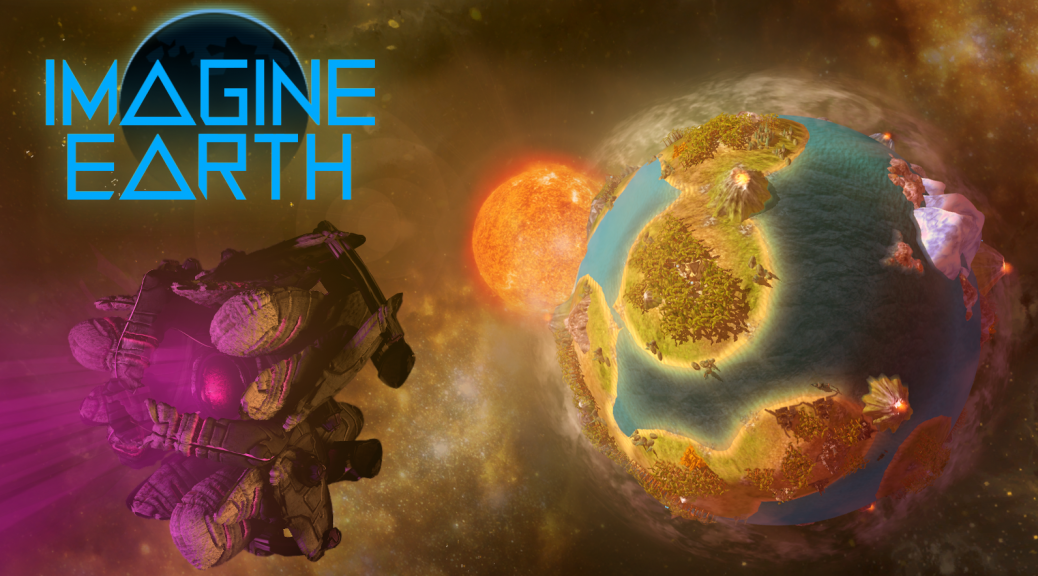 This Friday Report is about the redesigned new game logo of Imagine Earth, its latest official trailer as well as the crowdfunding credits for our backers and it covers game features like the merchant and research licences.

As you may have already noticed we have a new logo and the website received a little redesign. Here is the new Imagine Earth logo compared to the old one:

In addition to the new logo Jens also created a brand new trailer. Here it is, should be dubbed professionally!

The credits are now grouped by perk – as we promised during the crowdfunding. Thanks again to all friends and supporters!

We changed some details to make an earlier appearance of the Merchant possible. The first planet he will visit now is Joma. He will buy food, goods and energy and he sells research licenses and development funds. The research licenses are permanent meaning that you can buy one on Joma and take it over to Lorian and the following missions. That’s it for this week. Alpha 12 is planned for next week. This release wont add new features, instead we focused our efforts on enhancing the existing missions. More on this next week – and please remember to leave a comment on the new trailer.