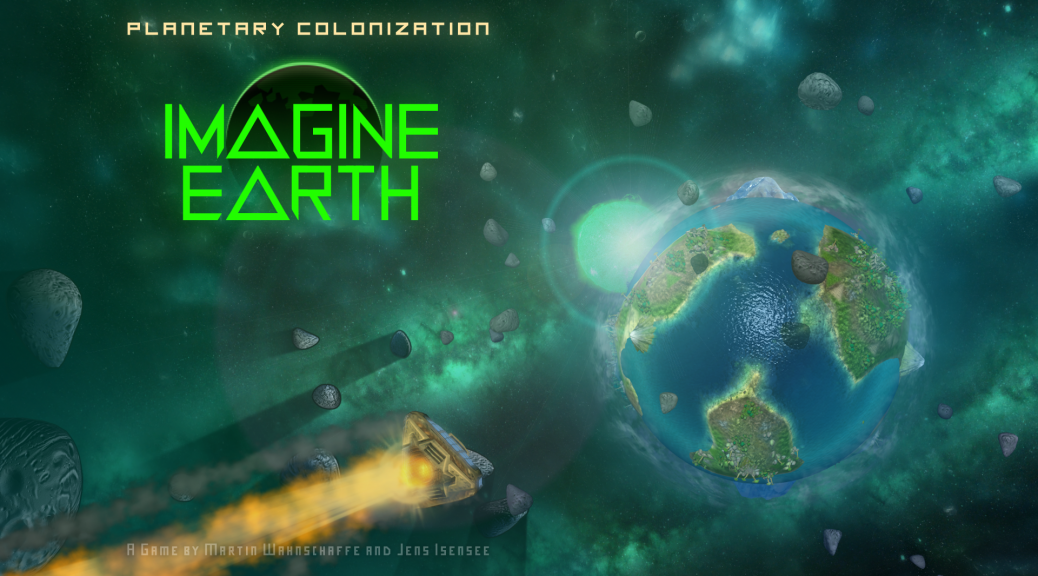 Besides creating a new trailer and logo, we focused our efforts on reworking Joma and Lorian and adding some small enhancements to the other missions. It was exciting to see just how much has changed since we first built them!

In addition we have changed the main menu to make sure it is as easy as possible to start a custom game with the game mode you want and a generated, campaign or sandbox planet.

Warning: The following will contain spoilers!

After introducing the Illuminati temples on Bora it was obvious that the temples you find on Joma should become some power, too. We took the “fertilize” power from the Illuminati temple as the it’s first power and added terraforming as it’s second power. This all is  wrapped into the mission and some small side quests.

The image shows the temple on Joma (left). It has the power to terraform a free ocean field (middle) so it becomes usable land (right). Since the temple has to keep the global balance there will always be a side effect: Creating farmland will degenerate some field on the planet to a desert. Terraforming ocean to land will somewhere change a field from land to ocean.

First, we did some general enhancements like reducing the mission goal from 4 million to 3 million people, fixing quests that didn’t work correct and things like that.

Second, we now introduce the merchant and the warehouse on Lorian. It’s a perfect fit and allows you to generate some money by selling overproduced goods to the merchant. In exchange he will sell research licenses that will be usable during all missions of the campaign (see Friday Report 12 for more information).

Third, we integrated the laser defense into the mission and removed the scripted nuclear catastrophe.  Instead you now have the chance to really defend against the meteorites and we used this element to add a nice final to the mission.

On Bora we did some fine-tuning. Especially with the Electronic Employee, who had several unwanted vulnerabilities and wrong behaviors. Additionally, Bora now comes with a beautiful visualization of the planetary shield.

The main menu now has a new option called “custom game”. Starting a custom game is an easy and fast way to play Imagine Earth. It comes with a predefined setting and let’s you configure the following options: