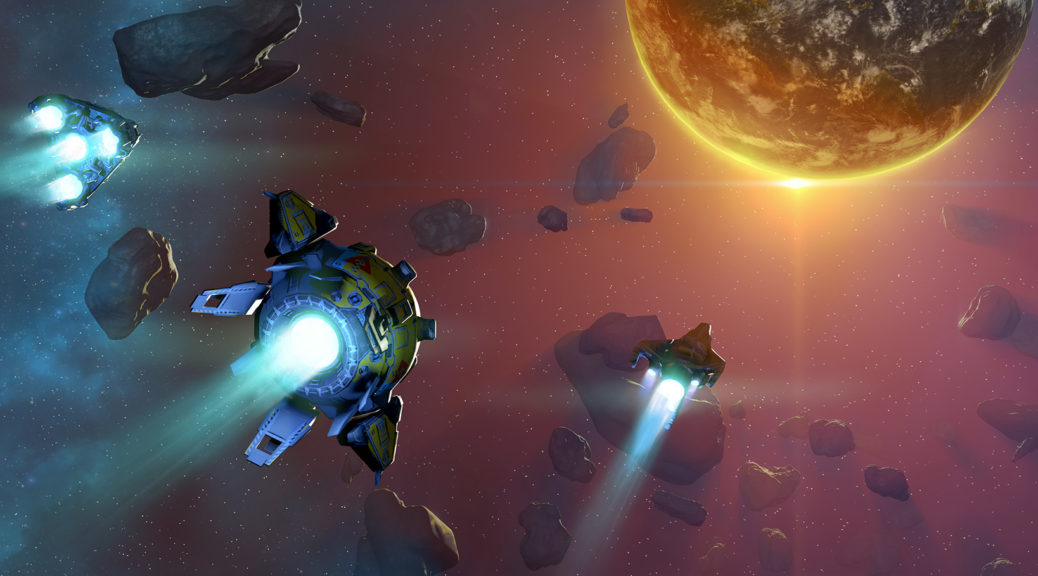 Dear space pioneers, this update means a not inconsiderable revolution for the game. The characters in the game, which we already gave a complete makeover in the last update, learn to speak in this version. That’s easy to say, but it changes the gameplay of Imagine Earth in an incredible way. The talented voice actors we were able to hire give the characters a personality we never thought possible before, and condense the action of the campaign into an unprecedented adventure. We are overjoyed to have successfully completed this elaborate gameplay operation and hope you enjoy it. Replaying the game is more rewarding than ever because of the many improvements we have made in balancing, menus and performance. Give it a try and share your impressions and ideas with us.

You can listen to Alias new voice in the latest official trailer.

To increase the atmosphere of the game, we have added forest sounds, leafs rustling in the wind and birds chirping around you when you move the cursor over larger connected forest areas and zoom in on them with the camera. This soundscape will soon be expanded to include civilization noise, sounds from air cars and factories, ship horns and rotors that bring the world to life.

We have revised the multi tools, with which you can perform actions like repairing or harvesting multiple times. Each tool now shows with icons on which fields it can be applied. Upgrading, repairing or cleaning buildings were already there and now we have also combined mining and harvesting operations in one handy tool. It replaces the previous deactivation tool, with which you could temporarily shut down production, because that was very rarely needed.

Many of you missed the technology panel as it provides such a splendid overview for all available buildings and enables you to install upgrades to all of them. So we put it back in business and enabled gamepad controls as well.

A lot more performance optimization has been done. More multi-threading to make use of available CPU cores and better distribution of logic calls to get rid of CPU usage peaks.

Cheers to the Winners

We have optimized the Victory Panel to more clearly communicate which faction is ahead in the race for planetary dominance.

We have further optimized the building list of the global planetary management interface to get a targeted and faster overview of the infrastructure and to be able to react in a comprehensive and far-reaching way.

Everything at a glance

All strategic menus of the game are now united in the message panel, which is uniformly structured in mouse and gamepad control.

The indicator for the completed mission objectives and the Ideon captured on the planet are now also visible during the game.

The stock market menu has also undergone a visual overhaul, which is not only pleasing to the eye but also simplifies navigation with the game pad.

The Research Panel has undergone an update that not only ensures that the upgrade descriptions have now all found a permanent place in the box at the bottom right, so they no longer obscure the navigation in the research grid. The system itself has also changed. To be able to research more than one thing at a time you have to build additional City Centers. Only the amount of research districts now regulates the efficiency or speed of research.

Big Asian language update! Imagine Earth is now available and playable in a proper simplified Chinese version as well as in Japanese and Korean. Have fun, spread the word.