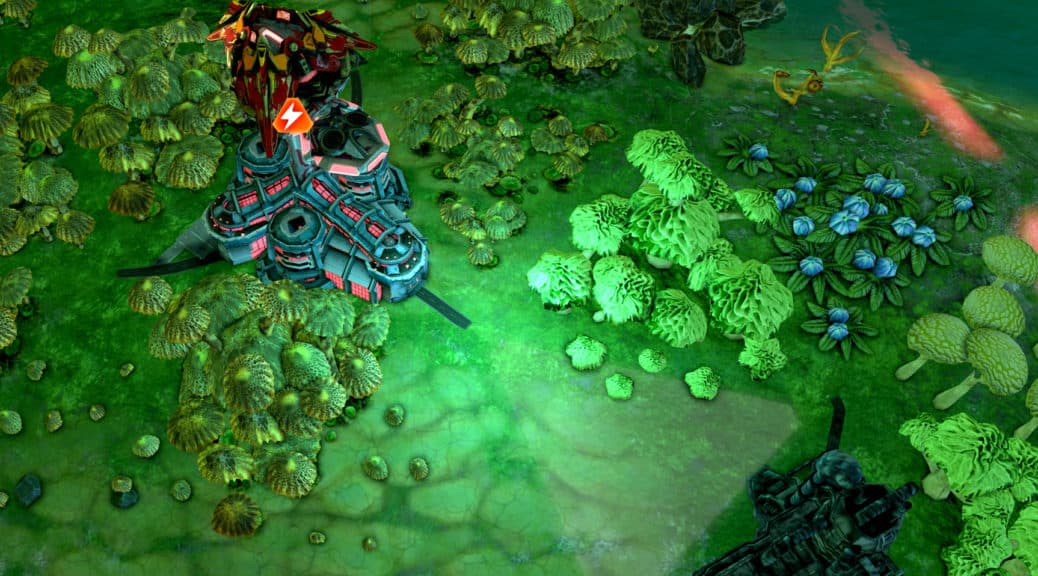 Most of this winter’s update 62 for Imagine happens under the surface or in the controls and interfaces. There is a lot of fine-tuning to optimize the general usability of the game with gamepad and mouse alike. We also worked on the Xbox implementation and the translation. Yes, the characters in the game will soon not only look completely different, they will speak to you! But according to the season there are also some improvements on the ice planets, a new soundtrack and much more…

A simple and effective optical innovation is that the cursor now emits a light on the night side of planets. As half of the planet is logically in the dark and the landscape there is not very impressive without shadows from the sunlight, this light brings life to the dark. Water surface reflections and also gold, metal and crystals sparkle exactly where you look and act on the planet.

Dormant volcanoes can be awakened with ideon bombs and thus heat up the landscape in order to be able to better grow food on icy planets, for example. For a while now, this can also be achieved with thermal generators. It was urgently necessary to increase the heat range of a volcano compared to that of a generator.

The style of the construction and tool rings was adapted to each other and visualized in a cooler way. The information about the tools no longer overlays the navigation in the ring but is clearly arranged on the right side.

The snow-covered landscape was optimized and embellished. Small but fine adjustments ensure that the landscape is still visible under the snow cover and that the structure of the surface is seen. Thus the snow cover also makes houses and plants even more recognizable.

Just to get you used to this quantum leap in character design, here is a preview of what the next update will bring. We found a talented illustrator and he redesigned all the characters and taught them how to talk in elaborate animations. We believe this will give a fundamentally new feeling to playing Imagine Earth.

We have also optimized the control display for mouse & keyboard control. On top of that there are a few handy new shortcuts.

Another new track has been added to the Imagine Earth soundtrack. Making the whole atmosphere of Imagine Earth more rich, symphonic and diverse.

We added community translations for Polish and Japanese language. If you happen to speak one these languages please let us know how the quality is because we can’t check it ourselves.