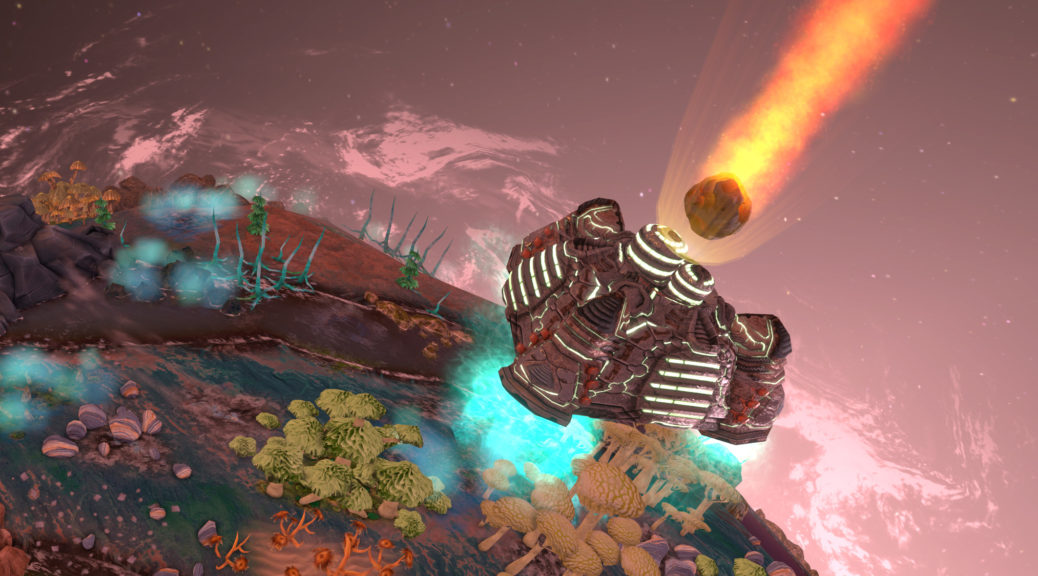 Wow, update 58 was a tough nut to crack. We did so many things that were not precisely fun to do but necessary for you to have more fun with our global civilization builder. There are also some rather fresh and action packed new features waiting for you. We hope you enjoy and please let us know what you think about the changes to Imagine Earth. Best, Jens & Martin

Galaxy Map for the Hyperspace

The overview of colonizable galaxies is now even more impressive. In the meantime we had moved the additional galaxy with the competition missions into the game mode “competition”, but we now prefer to visualize it as part of the clear part story based campaign. Of course we hope that there will be more galaxies at some point maybe with community generated planets from the workshop.

The new Xrathul Bait item can be crafted and used to distract invading Xrathul from your base or to directly send them to opposing factions. The honeypot attracts Xrathul who are on the planet. It also increases the probability of new Xrathul coming to the planet by 50%. It spreads Xrathul pheromones and is therefore an irresistible magnet for Xrathul ships, but can of course be destroyed.

Well, you can now throw asteroids on Xrathul ships to totally wreck them. This method or using bombs and ideon bombs to finish them will now result in the giant ship crashing to the ground where you can harvest valuable artifacts from it.

Automation of the Workshop Crafting

Equipment can now be produced automatically as soon as all necessary resources are available. All you have to do is click on the button on the left side of the workshop screen. Automation just rules. The item of which you have the least copies in stock is always prioritized.

Build drones and harvest drones already had a lively way of gathering resources or knocking buildings out of the ground. But their flight behavior was an abandoned construction site for what there was always too little time over several updates. Now they glide wonderfully smooth onto their landing pads and launch pirouettes without any bizarre aerobatics.

You can now win a competition game by gaining a victory point for taking over a city of other factions. This move is enabled when you buy sufficient shares in an opposing company. We also refined the victory points panel to be more visually appealing on this occasion and it was a good reason to revise the stock market design as well as you will learn here in the following.

The stock market is such an important panel for strategic gameplay and still it took us some time to realize we were hiding it in the upper left corner of the user interface too deeply. We have now put the panel on par with the research menu and the development screen. The big button shows how many shares you still own from your colony.

You can now finish bonus and ideon goals after the mission is accomplished unfinished bonus quests will not fail any longer. For quite some time already you can visit planets that you built up throughout the mission and will find the goals still active so there’s such much to do when you return to your colonies after a while.

A new sub quest to obtain the Xrathul Bait item. Several improvements make it now better understandable what needs to be done to succeed the mission tasks.