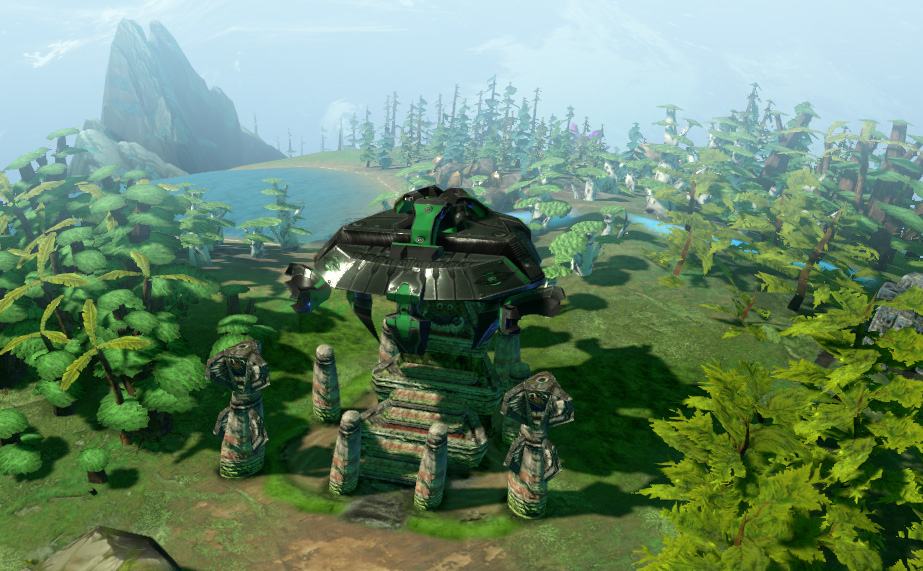 Dear space colonists, today we present our latest update for Imagine Earth – Planetary Colonization. Many improvements to the global management system allow you to keep track and control your complex and full-grown colonies and optimize the daily colonizing work on new planets. We would be happy if you test the latest features and give us your feedback and that you come to the forums and put your most desired features on the wishlist. Best regards, Jens and Martin.

P.S: We hope that you and your beloved ones are and stay healthy. Take care!

The new building list represents an almost too modest revolution for total control over your global colonies. Here you get an overview of all buildings in your colony. You can sort them by productivity and condition and have them equipped with upgrades, repaired or cleaned. There is also a list of all resources that are located in your area and can be mined directly. In the city list all districts are listed and can be checked for their quality of life.

What can I say, the veterans among you may already enjoy this as a running gag, but we have to postpone the final release of Imagine Earth 1.0 once again. We ask for your patience and understanding, as it is our main effort to make Imagine Earth really good and a smooth experience. The port to the Unity Engine went relatively well and was worth the work in every respect, but still took twice as much time as we had hoped for. As is often the case, the devil is in the details and there are a lot of game features that need to be balanced and interlinked.

Long story short: We postpone the release until September 2020. It is of course also in the true nature of this project that a global build-up game with economic strategy and authentic planet and climate simulation is a bit oversized for two developers. But we never lost motivation or faith in the core idea and the idealism that made this project so special for ourselves as well. The new date gives us a very generous amount of time to do fine tuning and add some final features. Of course you will always be able to play all finished progress immediately in early access and we will keep you informed on everything…

You wished that we introduce the possibility of automatic cleaning of dirt and automatic building repair earlier in the game. The boss will always bring some construction kits for the cleaning center and the maintenance station at the end of the first missions. So they will also be better introduced by the story.

With the new Propaganda Hack Item you can get the colonists of another faction to revolt. Using the hack will start an uprising in the selected district. This will cause a classic loss of tax revenue and spread to other parts of the city.

Need new challenges playing Imagine Earth? No problem, we have added three new achievements for you to earn. You can complete the mission on Udion Torix or win three competitions on Workshop Planets. One achievement can only be unlocked by building your own planet in sandbox mode.

This feature is a really practical thing. In the event of a fire, riot, incident or damaged building, you will now have a corresponding icon displayed above the building and you can click directly on it to perform the necessary action such as extinguish or repair. We’ve also unified how the icons above the buildings and units are displayed in the game.

We have rewritten a part of the background story of Imagine Earth. Whenever you discover one of the Gaianic terraforming constructs like a temple or the citadel, the story of the Gaians continues to be told – an ancient race who were able to use and change the planetary force fields. As the game progresses, we will learn why they have left behind their advanced terraforming technology on so many newly discovered planets.
Note: In the preview version this is work in progress.

Correctly read, we recently realized that we have long since developed our research system so comprehensively that we only need research budgets as a limiting factor in the campaign missions. From now on you can freely research what you need in freeplay and in competition mode. By building City Centers and Research Districts you can increase the efficiency of your research.

One of those options where you wonder why they have not always been there. When all of your harvesting drones are busy, you can use this simple button to specify that the targeted resource be mined with priority, then a drone is removed from the most worthless resource that is currently being mined.

As you probably know, the Rounosian Natives always live in twin camps. With this new button you can jump between them.

Finally, it is also possible to convert the upgrades of towers, frontier buoys and research centers. So depending on the threat situation, energy shields, lasers or pulse cannons can be installed.

You can now also win a competition when all other companies give up their colonies or are taken over.