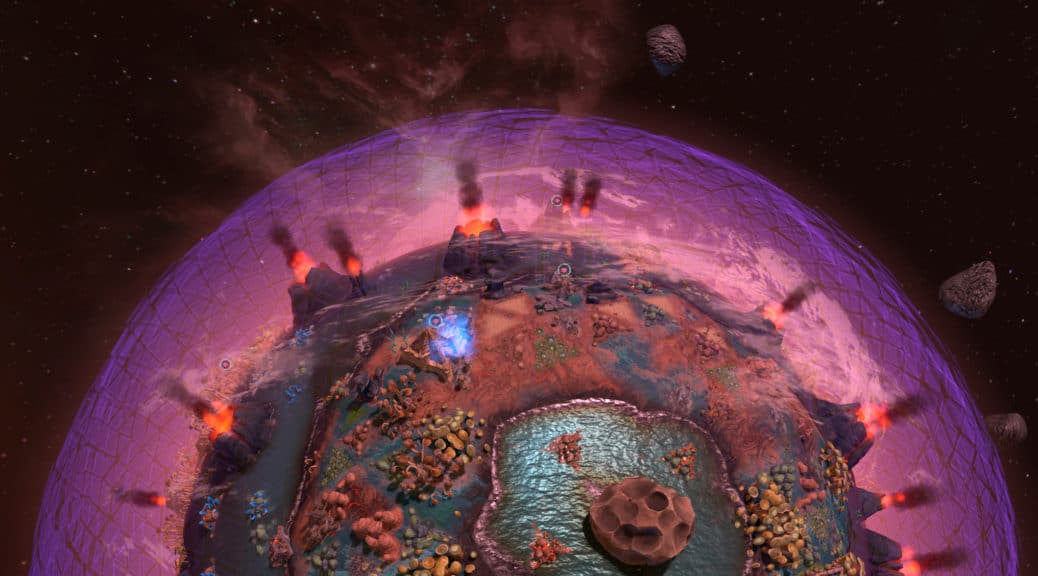 Finally! There it is, the new version of Imagine Earth using the Unity graphics engine. It took us a while to port all visualizations and UI elements, but the result it totally worth it – especially because we can move much faster now based on a modern graphics engine with a lot of tools and features that make the live a lot easier for us.

Before we have a look into what is new, we want to point out that your existing savegames will still work. If you experience any problems related to that, please note that we lately moved the savegames to a new directory:

A good example for these beautiful opportunities is the new ocean shader that comes with refraction effects for objects that are under water.

The unity engine made it a lot easier for us to add beautiful visual effects. We use physics based rendering for all buildings and world objects, which for example gives rare resource deposits metallic reflections in the sun.

Also each planet theme now has a much stronger colorization and individual look.

The game now makes use of an improved bloom post-processing effect and a depth of field filter, as shown in the image below.
There is also an exposure filter that lights the scene up on the night side of the planet.

Finally we have a working solution for the 3D sounds in the world. This feels especially great with the new landing sounds of the trader space ships.

This is the new style for the planetary shield generated by the great pyramids. The triangle elements randomly move and make it look very organic.

I picture says more than a thousand words…

The thunderstorm has a completely new visualization and each lightning strike puts the scene into a bright light.

We have also used particle effects and the new building shader to intensify the pollution visualization. Thus it’s now easier to see which fields have a high pollution and need cleaning.

Trees in forest now move independently from each other in the wind. Also we have added basic shadows that make the forests easier to see on the night side of the planet.