Hi Folks, Alpha 10 is out now! It comes with many new features such as the new competition game mode that adds competing ai colonists. They are still behaving a bit experimental. There are different fossil resource deposits now which will run out over time. We started adding steam achievements – claim your victories by starting the game. A redesign of the info panel now keeps the ground conditions visible even with a building on top. The warehouse is available as from Lorian and can store your overproduced energy, food and goods. In addition we have updated the demo version.

If you appreciate our work and like the game please consider writing a short review to push it on steam!

The competition mode is available for all campaign planets and also for every planet you generate in the sandbox.

In this mode you have to reach a certain population goal and can choose up to 4 AI players. The screenshot above shows a game against 3 opponents. How fast they grow depends on the amount of resources available and the difficulty you choose. You can also steal their land and buildings with watchtowers. In this first version of the AI they wont defend themselves.

The navigation (space key) helps to maintain an overview and the stats menu allows you to compare in detail. 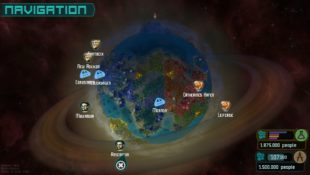 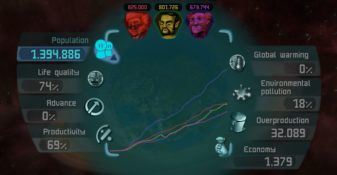 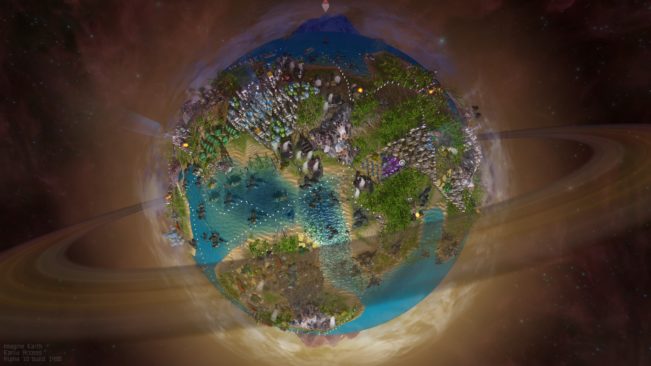 The info panel received a new look and some additional functionality:

The warehouse is a new building in the goods category. It can store up to 3000 goods and its upgrades add the ability to store energy and food. Storing resources is a solution to deal with overproduction and to build a buffer for bad times or fast expansion. The stored resources can also be sold to the space merchant (a new unit that will be introduced in Alpha 11).

For now we only added 5 achievements. We are currently collecting things that are worth receiving an achievement for.

What didn’t make it?

What is guessed for Alpha 11?

We wish you a lot of fun with the new version and happy Easter days.