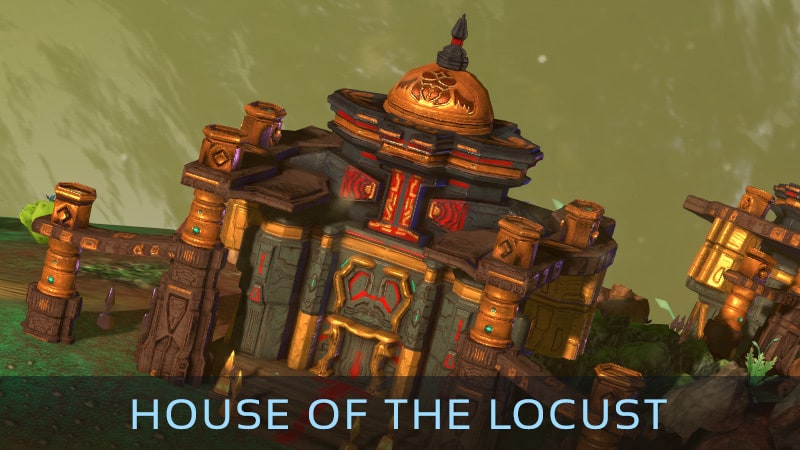 Greetings colony managers, welcome to our latest Imagine Earth update – it feels great to deliver once again! We have decided to bring you one of the new buildings and a new bonus mission to give you something while our main efforts still go into finalizing the Open Space DLC. Please have a look at the complete roadmap at the end of the post, everything we have already achieved since release and what we still want to create for version 2.0 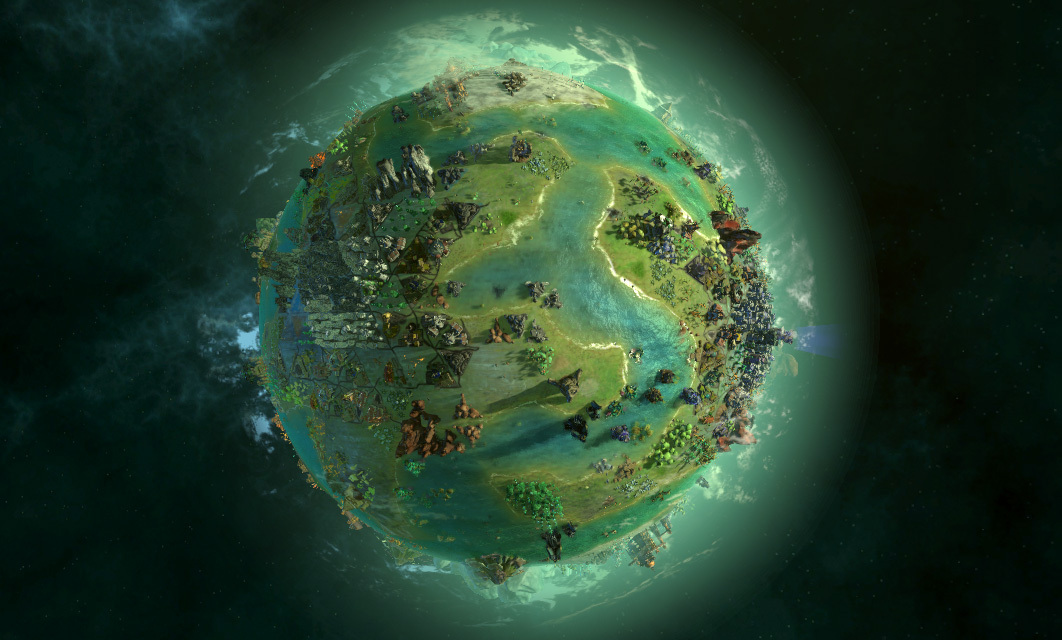 A new Planet has been discovered in the Udoxia Galaxy and a brand new mission awaits on Omicron Persei 9. To quote the briefing “Strange building complexes have been spotted here. Apparently they can release powerful forces. This could become even more dangerous for us if they fall into the wrong hands. 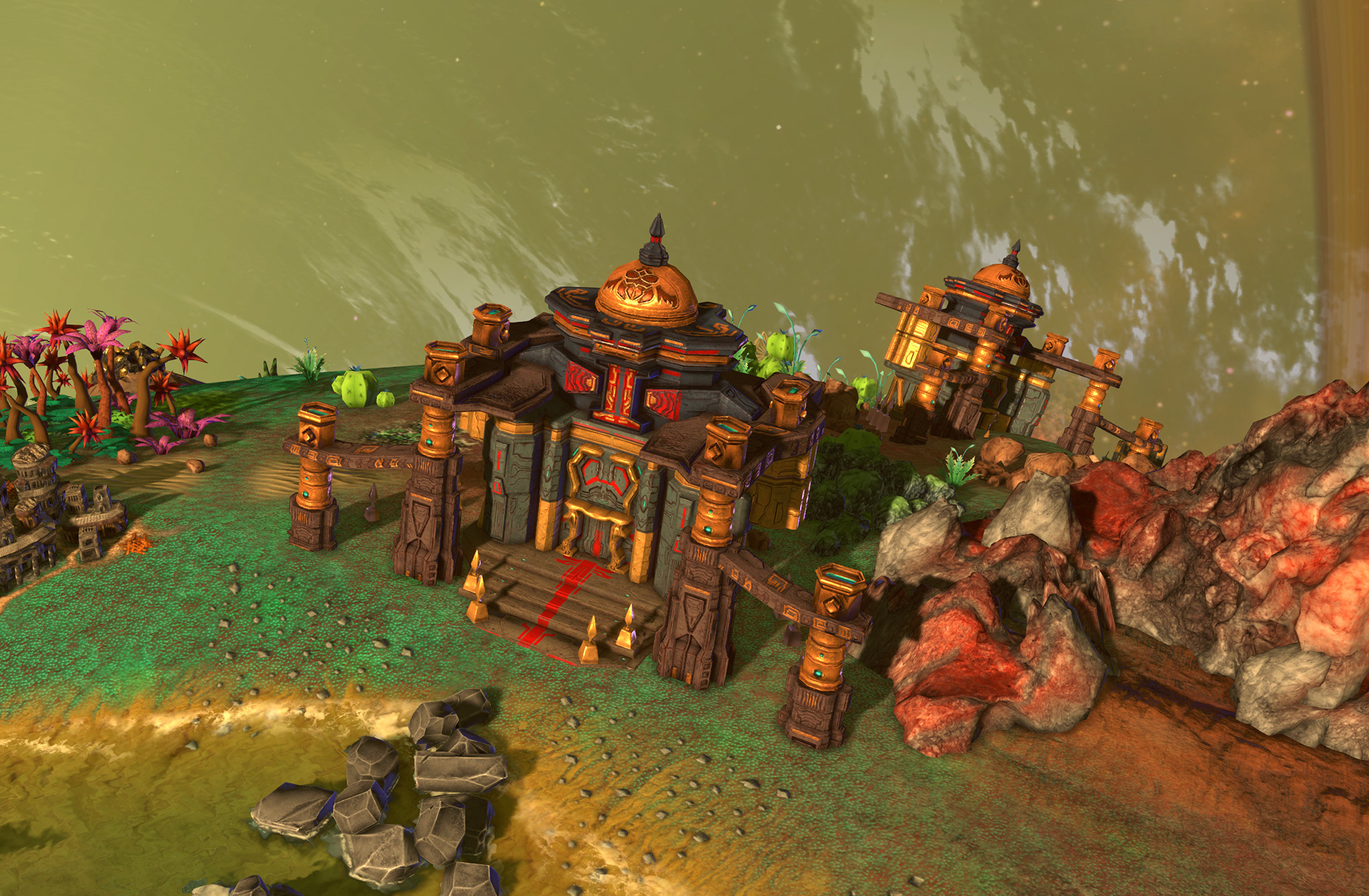 This palace was built to worship the Xrathul. The built-in technology can summon their giant locust spaceships and lure them to a specific destination reckless opponents for example. The following forces are available in this giant building.

Xrathul bait – This device spreads Xrathul pheromones and is therefore an irresistible target for Xrathul and lures all ships on the planet. It also doubles the probability of new Xrathul coming to the planet.

Meteor shower – The Illumati developed the technology to tear down some meteors from their orbit around the planet and let them rain down purposefully.

You can now choose between the following two game modes when starting endless and competition game rounds. This can be changed whenever you start a new game.

Experience all the adventures that a future colonization of space could hold in store for us and technology we can only dream of today. Use Gaian force fields or intergalactic space trade and get ready for space pirates and alien invasions.

Experience a more realistic gameplay that corresponds to the technological level of development on Earth in the 21st century. The focus is on solving the problems of economic growth and resource consumption and coping with the related environmental and climate impacts.

Another fish species has been sighted. Now the manta ray enriches the biodiversity on our planet. Once we have cultivated even more animals on our planets we will make biodiversity an important thing in the environmental climate simulation of the game. 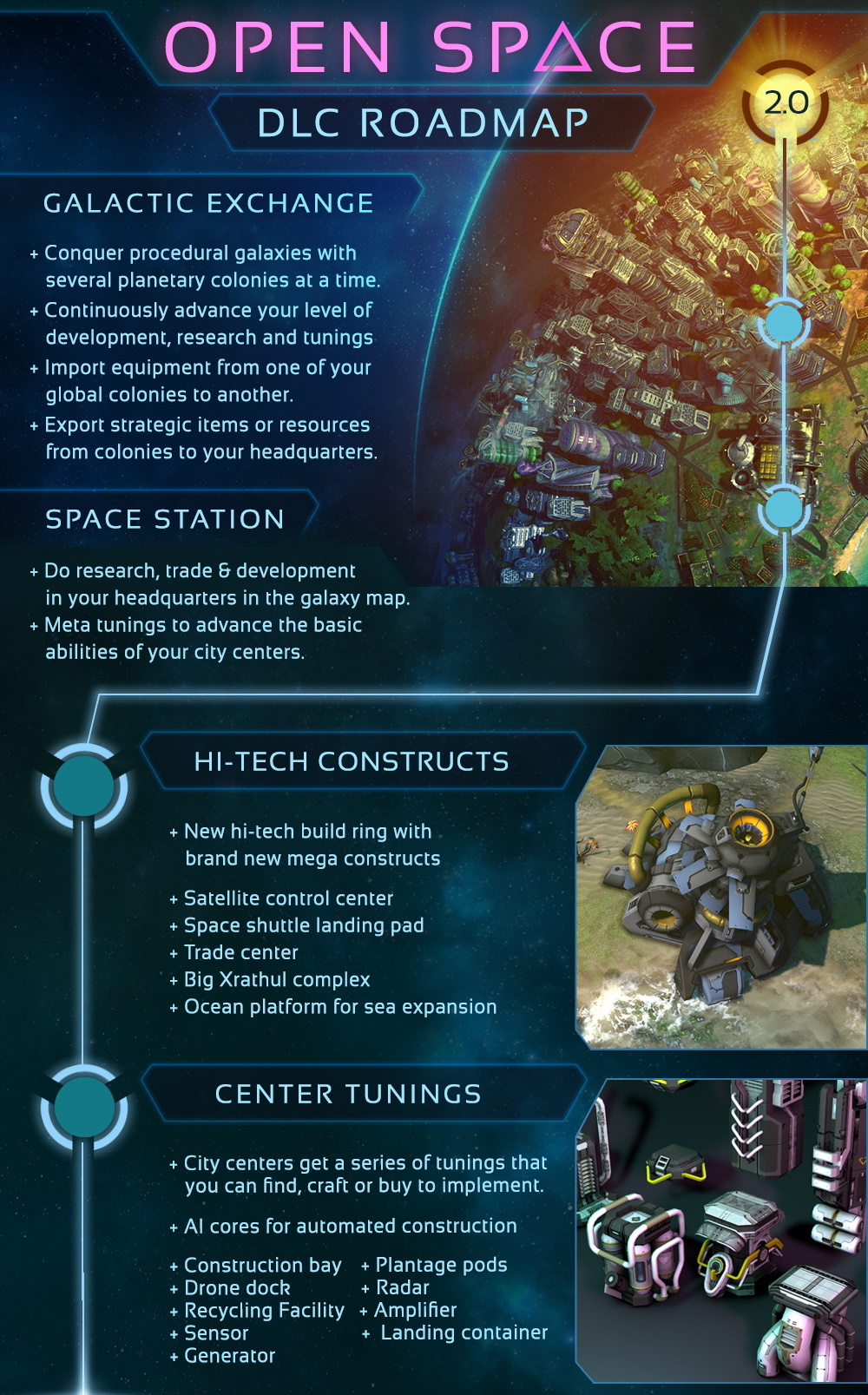 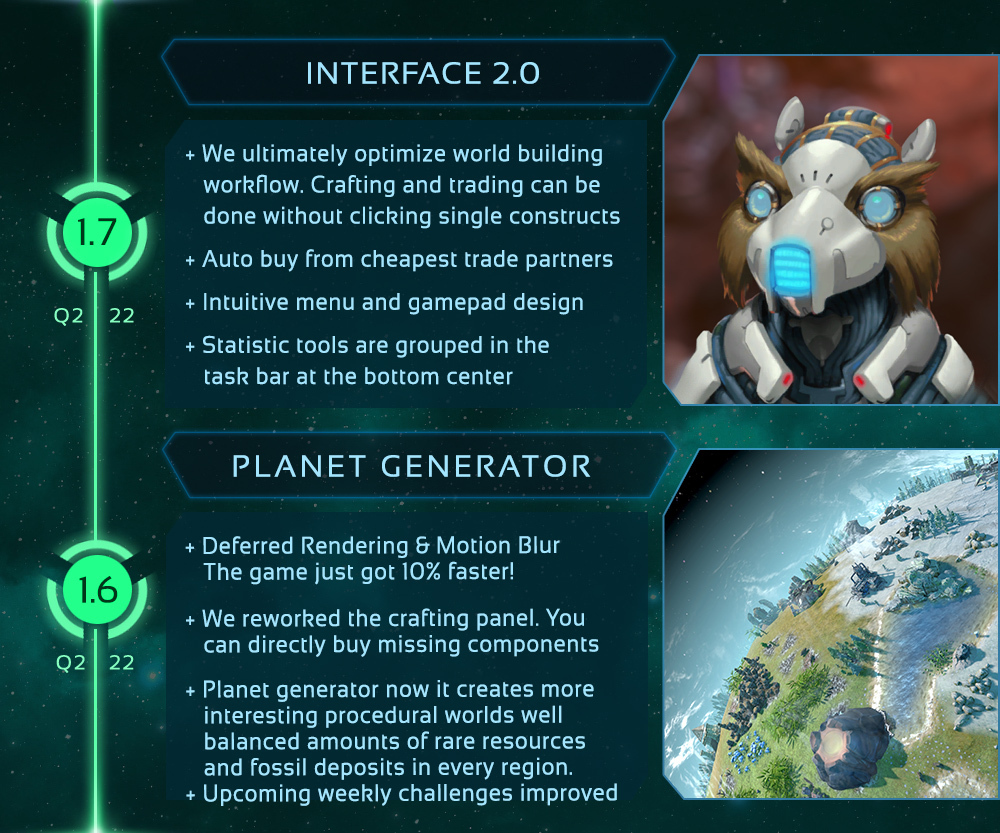 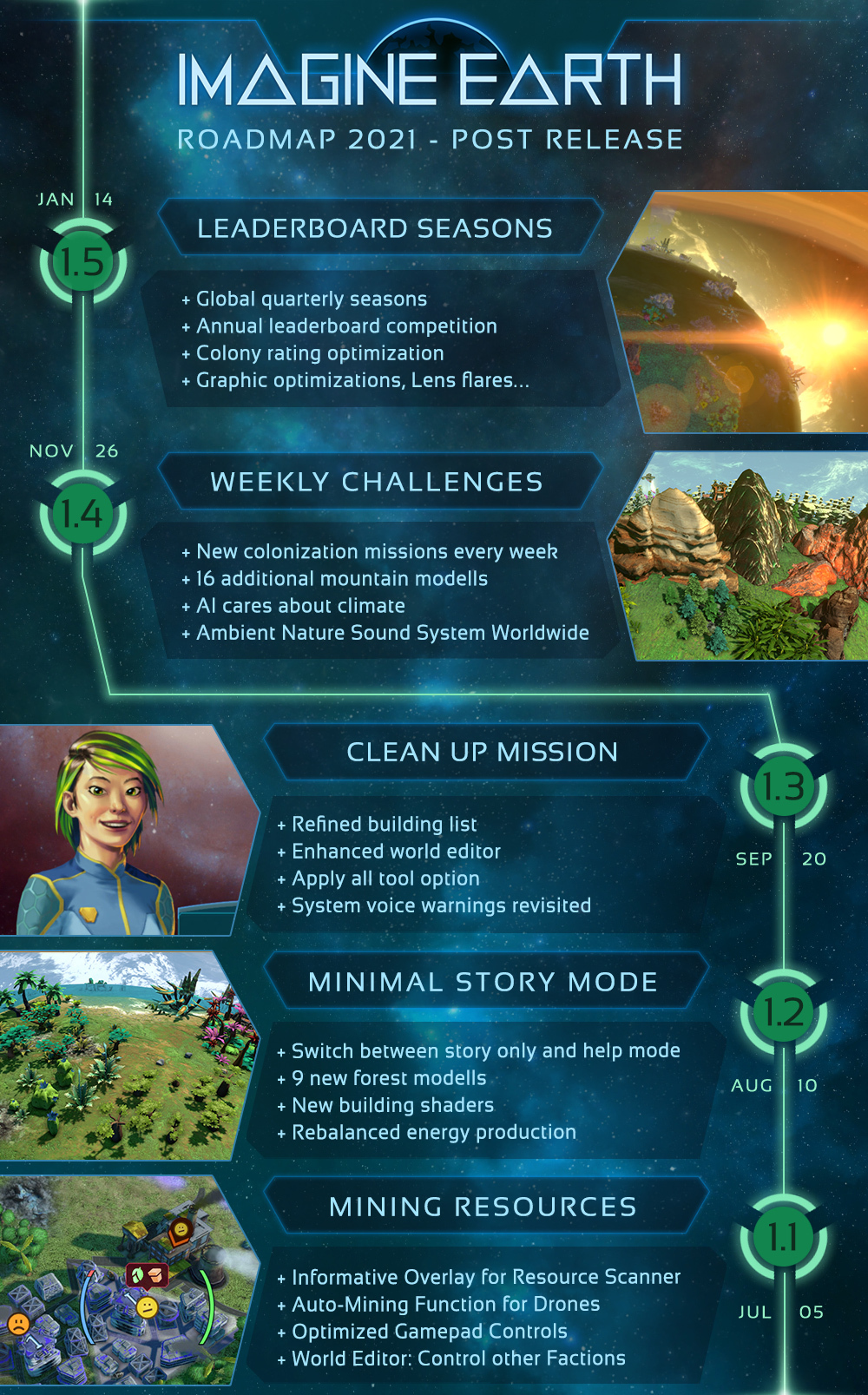 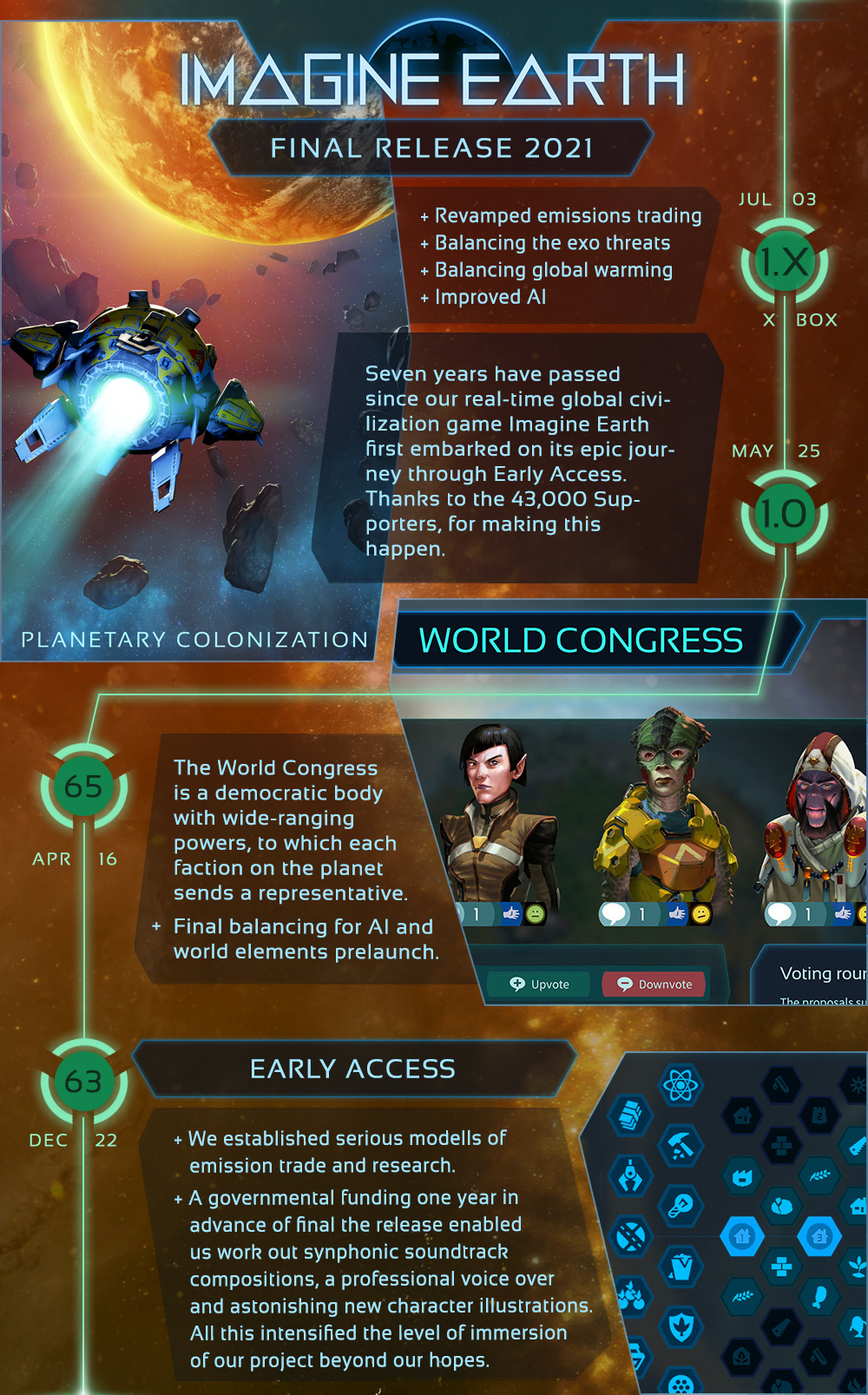