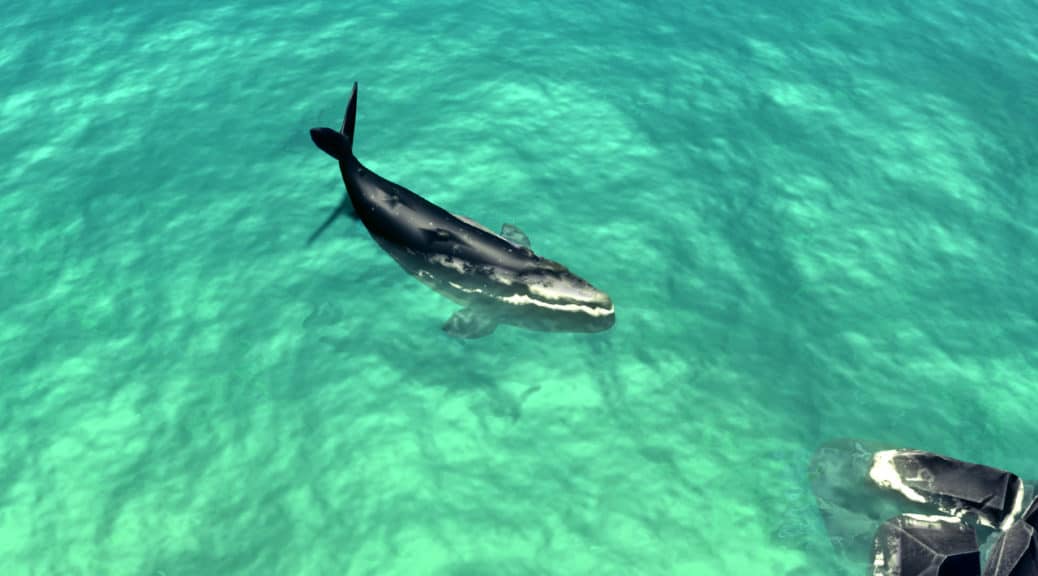 Welcome to update 1.8, we have pushed some necessary optimizations in between.

At the very bottom, at the end of this update we have again mapped the current position on the complete roadmap, which should still lead us to the big 2.0 Open Space DLC later this year.

Whale Watching
Whales are the giants of the seas and from now on you will also find them on the worlds in Imagine Earth. This is in line with our desire to bring more life to the worlds of Imagine Earth. However, the population is decreasing due to water pollution, oil spills and fishing. Animals resp. biodiversity are of great importance to the biosphere. In the future this will also be the case in our environmental simulation and more species will follow to populate the seas.

Best Expert Game at the German Game AwardsGeoff Keighley himself presented us with the German Computer Game Award.

It was with great pleasure that we received the official award for “The Best Expert Game” of Germany 2022 a month ago. This award was presented by none other than Geoff Keighley, the internationally known host and producer “The Game Awards” And the “Opening Night Live” show of Gamescom.

New rule for space traders
Space traders can now be turned off in competitive and endless games. This change is to allow games that have a more realistic scenario. Without Gaia forces and Space Invaders, we have a constellation that largely dispenses with science fiction elements and is technologically comparable to the post-industrial age on Earth. This makes the plot framework and the confrontation with climate change more plausible and authentic. At least as an option, we felt it was important to offer this gameplay experience to focus on Imagine Earth’s core theme.

The Forester Achievement
There is a new achievement in Imagine Earth on Steam that you unlock when you plant more than 20 forests on a planet. We track how many players earn this achievement and plant a tree for each one. This activation is part of an initiative called Green Game Jam, which seeks to have an impact on the world through actions in games.

The victory points panel in competitive mode revealed a lot of interesting information about the status of the other corporations and especially about your own. This view is now available without victory points in endless play.

Bookmarks
The display of which merchants just landed in which of your cities is back, some of you have sorely missed it. In addition to this the functionality to define your own bookmarks by keeping a number key pressed is back.