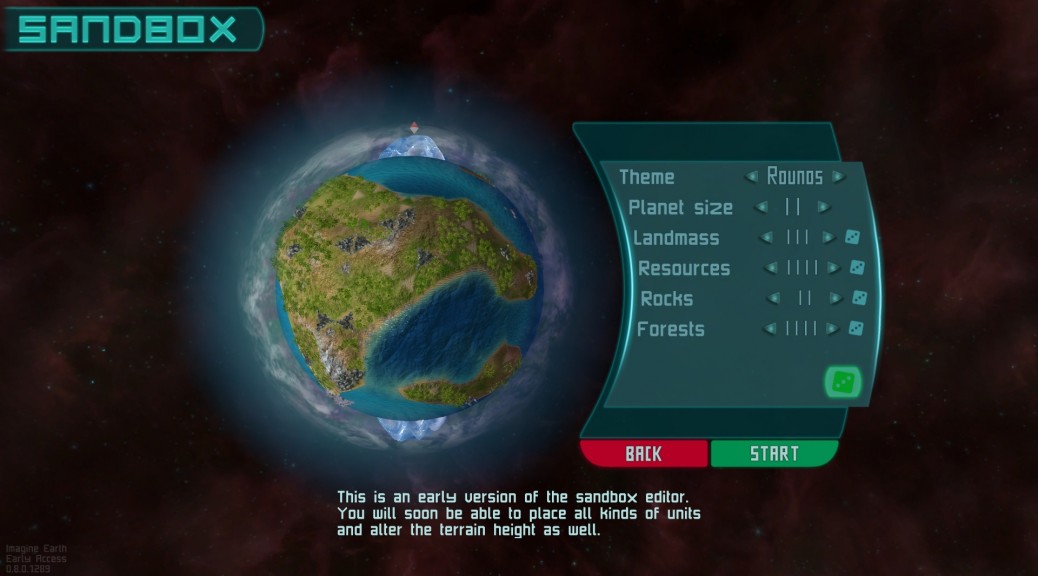 While the Bora mission is still being developed this update comes with one big new feature: Procedural planets. Meaning you can now generate your own planet with different themes, sizes, landmass, field resources, rocks and forests. The big dice button will generate some random values for the lazy ones among you.

In addition Buoy Stations and Watchtowers can now be built on fields adjacent to your build radius. This makes it easier to reach a specific region on the planet without using a City Center.

The next update at the end of this month will hopefully bring you the final campaign mission on Bora. In addition we are experimenting with AI and it’s quite likely that there will be a game mode with computer enemies and allies.