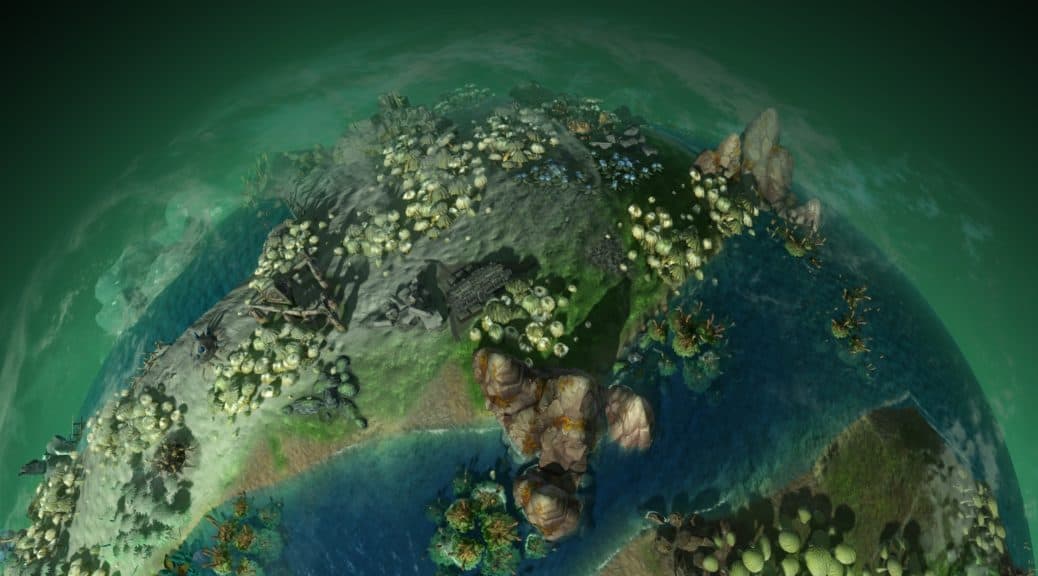 Dear Colony Managers, in this update we increase the visual and gameplay diversity of our planets with the themes Jungle, Terran, Swamp, Barren, Volcanic and Frozen. Also we dedicated a lot of our time into making the Tuto and Joma mission a better experience. Read on to find out what else has changed.

Also we are the EGX in Berlin this weekend presenting Imagine Earth in hall 7 at Station Berlin, if you happen to be there come over! In addition we start a week long deal on steam with 20% off beginning on monday…

Asteroids now can contain all types of rare resources. They look different and when you decide to throw one of these asteroids against an opponent you might accidentally send him a big present full of ideon or lithium. 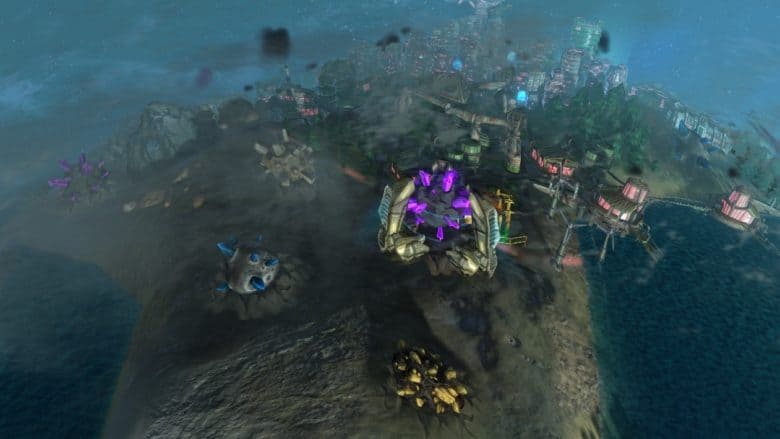 Scanners are having an increased scan radius and an increased value in gameplay. You will now have to scan all rocks to find out if there’s any gold, titanium, lithium or ideon hidden in them.
Rare resources are automatically detected when you take over the field into your build radius. The amount of rare resources on all planets has been raised in general.

You can now access all the forces you have loaded in temples right from the build ring. Therefor we have thrown the forest ring out of the ring menu because you can only build forests with seed bombs from now on and the different types of forest weren’t relevant enough for gameplay to take up an own slot in the main build menu.

Drones no prioritize open tasks. Dealing with fires is most important, followed by repairing highly damaged buildings. After that they will deal with new buildings and other things. They only return to the city center when they need a package to build something.

We have set up six general presets or themes for planets, so you can choose quickly under which conditions you want to play a competition round or freeplay. Choices are Terran conditions, Frozen World, Swamp, Barren, Jungle or Volcanic World.

In addition there are new mountain models on many of our planets.

We reworked the first three missions, so that you can play more straight through without being interrupted by dialogs and story suddenly popping up. More story elements are now clickable in form of info and mission icons. So you can start cut-scene when you are ready. On the other hand we made them auto started when nothing was happening story-wise for some time so you don’t miss important story elements.
To make the factions more personal we have individual victory messages when others win in competition mode. 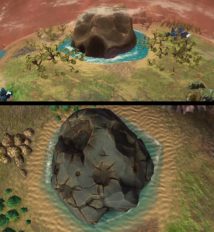 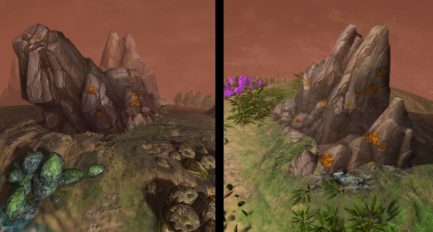 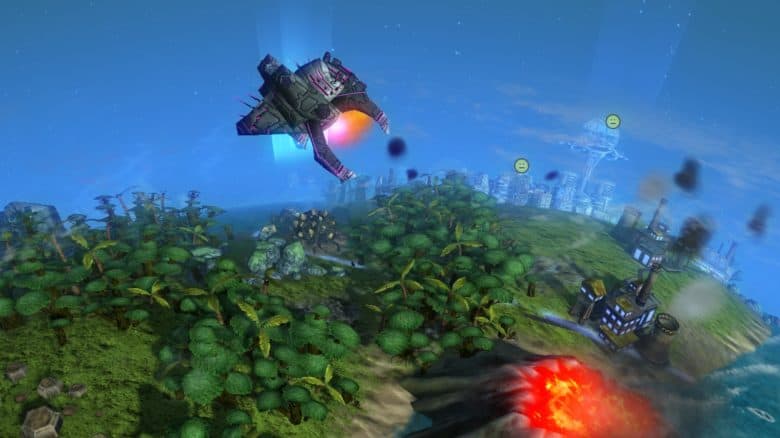