we recently discovered a new planet – say hello to Thera. In addition, our world management system needed some adjustments. All building upgrades were rebalanced and the resource simulation was revised. And of course there is so much more….. 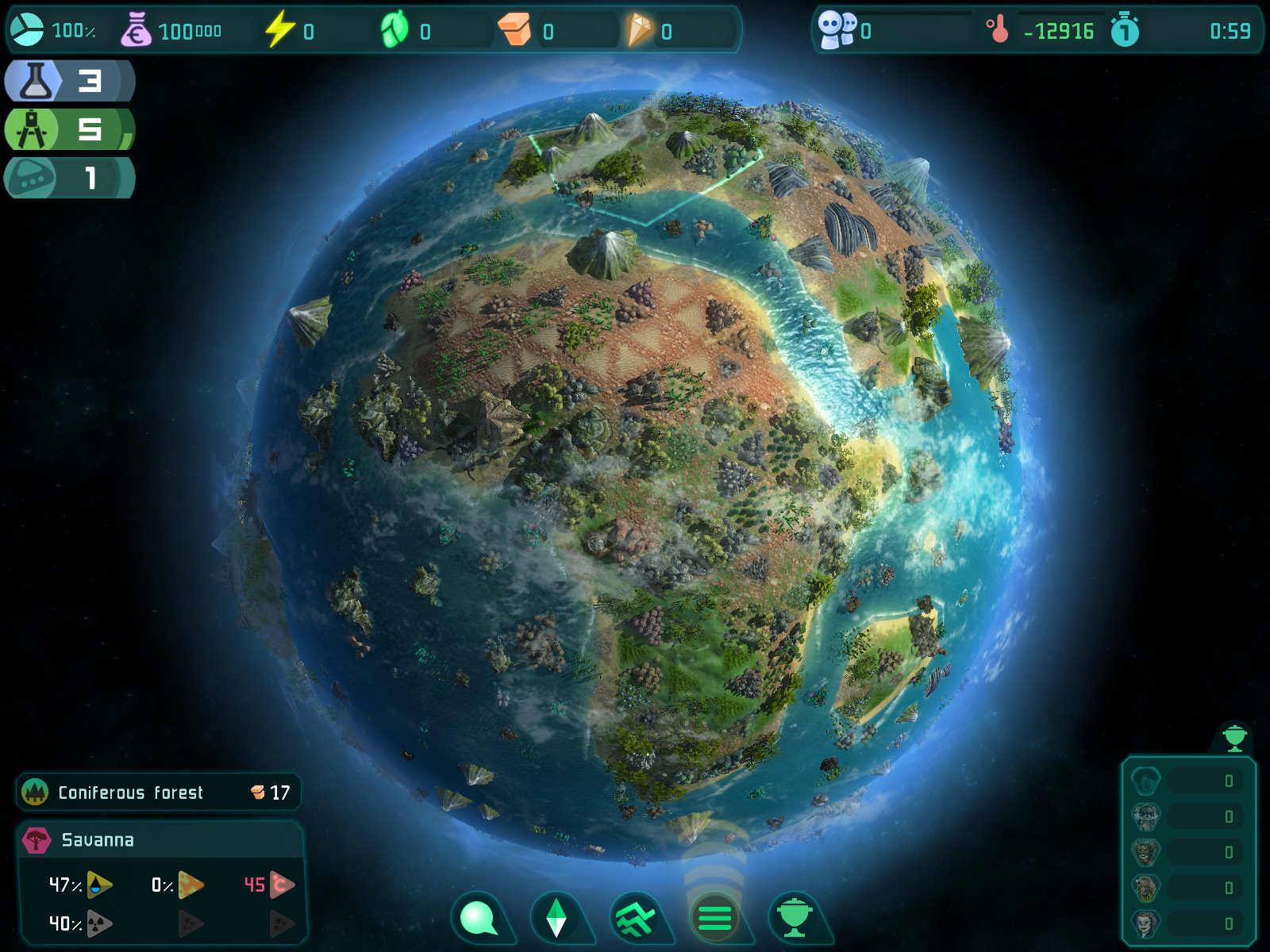 The latest planet that you can unlock in the bonus galaxy is Thera. It might remind you of another planet you left long ago, right where you grew up before you joined the colonization business and started building a better future in space. Make sure that history wont repeat itself on this planet…

We added some edge modells to forests so they look more organic and more round than triangle. As simply as this is said as astonishing it does look in the game.

All the upgrades in the game have been revisited and rebalanced. We mostly made them cheaper and more powerful to increase their strategic value.

Furthermore the visualization has been improved so you can see the most important numbers at a glimpse.

In order to make the upgrades more significant, we also had to adjust the complete resource simulation.

In addition it allowed us to halve prices and money budget and to reduce the size of a resource cargo from from 1.000 to 100 units. These values are now easier to read and compare with the production as well.

These flying enemies are now attackable with ideon bombs and explosive devices, which will be thrown on them by your drones.
To do so you can simply hover and click the flying enemy unit and pick the item of your choice. Thisway you also get a context info about their motives and vulnerabilities.

As you can hear the game features and mechanics are now explained by a native speaker with a compelling voice. As soon as we find time to redo the intro/trailer we also want to have this voice for Lima, the leading character in the game.