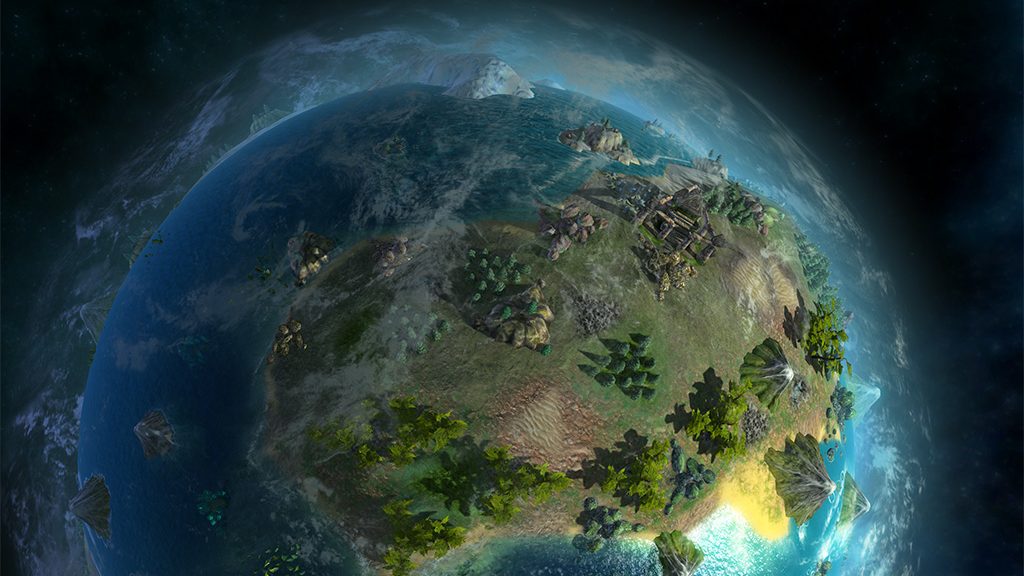 Dear Space Colonists. We have released our monthly update of Imagine Earth. In the next days we will also update the Demo version to the latest state.

This release is foremost a beauty and game atmosphere update.

We have implemented a new atmospheric scattering shader that puts every planet into a unique light color situation.

Hover cars fly through the skyscraper canyons of your cities and show how full districts are. They bring some visual life into the so far empty city districts and the whole colony environment at all

This is only the beginning – we plan to have cars driving to all of the supply buildings as well. It got totally reworked to make the end boss more understandable and assailable. The robotic entity is now attackable not only with astroid strikes but also with gaian fire, volcano eruptions from the temple and bombs as well.

The companions are constantly giving you tips how to attack the assimilators.

In addition we put a lot of work into rounding up the storytelling of the mission. Plus there is now a proper outro sequence thanking you for your great efforts to make it this far 😉 We also had to redesign how temples work. Spells are now available from the beginning as you have to sacrifice anyway to get the construct loaded with gaian energy.

You can now queue sacrifices and load up to four tons of gifts into it that will slowly be turned into gaia one after the other. This makes spells much more accessible and the temples therefor much more use- and powerful.