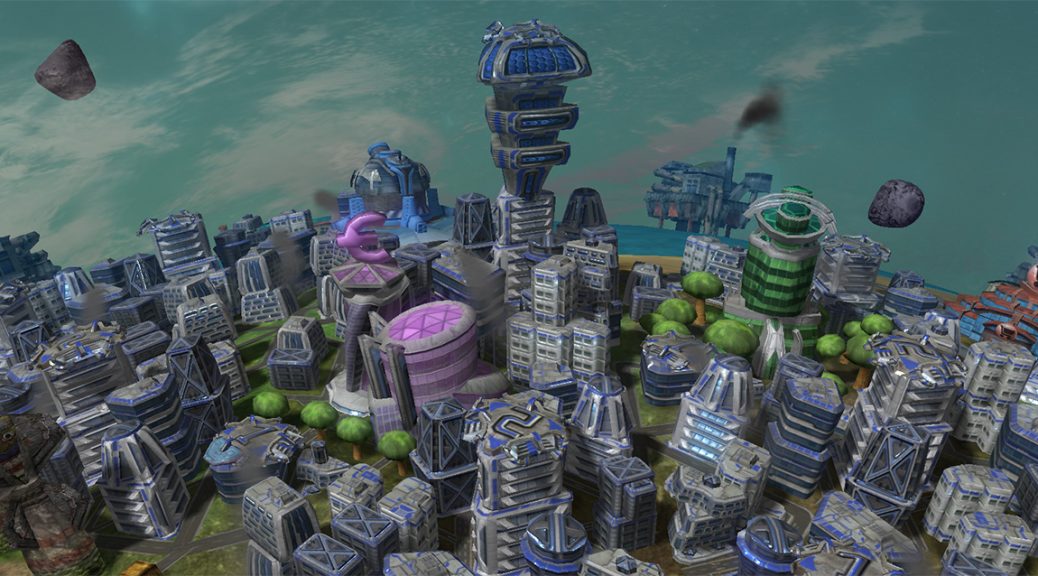 After the last release focused on the trading system, this one brings:

The one big thing of this release is the new stats and highscore system that calculates the colony value based on your population, city area, buildings and more.

With the tools shown in the image above you can apply regional modifications to the height, temperature, fertility and pollution of every field.

High terrain and areas around mountains are more craggy and less fertile. In addition we changed terrain texturing. Areas around fertile fields and desserts become more green or brown due to their actual fertility level.

We tried a messed up science point system and now replaced it with a simple district expansion logic that offers fresh research budgets in an easier way than ever before. You can still get these budgets  from the space trader and it feels good to have these function sorted out of the mission goal system on the lower right of the UI. Constantly repeating reward mechanisms, like those for technology licenses, have a new place in the upper left corner of the screen. The company is supporting the growth your colony if you manage to push up your colony value.

Another precious resource that you can harvest from the depth of the sea. Corals can be harvested for medical substances. This brings us closer to having a great variety of individual resources that are specially made for trade. Corals are the first rare resource that regrows. Here’s the inconspicuous big move of release 25 because the colony value is an all over indicator for the wealth of your colony.

This colony value now defines how much money you get if sell shares of your colony and how their price is going through the roof in further development. That’s possible because every factor is directly converted into capital ( the official currency in all known space so far. )

It has integrate all mayor factors beginning with the population and the worth of your constructions and their productivity. It also includes the size of occupied land, the quality of life and the count of installed upgrades. And at least it substracts emissions and pollution.

The high score ( now colony score ) is also depending on your reached colony value. But you will only get as much score as you have kept your shares own colony shares. If you sold 50% of them for cheap credit you halved your final score as well…

Still worth noticing that reachable scores skyrocketed with this upgrade and your chance to reach one of the first places is better than ever.