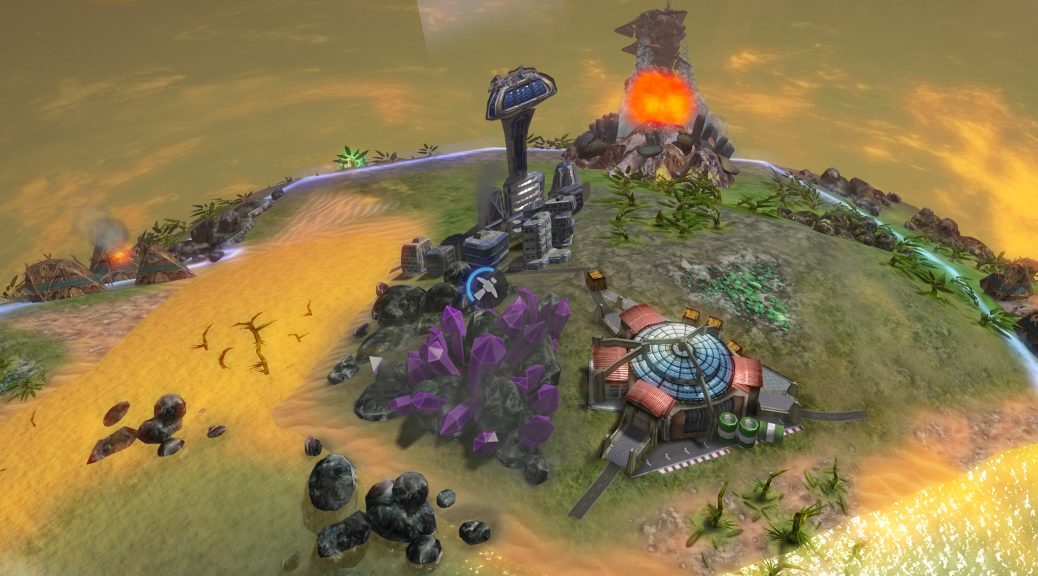 This release comes with the following new content, gameplay features and UI improvements:

We are very happy with the feeling of the new trading system. Making additional money to allow for a fast expansion is a real gameplay changer.

In addition to this early access release we will also updated the demo version. The old one still has the state of Alpha 18, so it is about time to update it with the changes of the last half year.

We have added a new category of resources to the game. Rare resources are not consumed by your people. Instead they can be used for trading and since they are precious you can make a lot of money by selling them. Important: Ideon is now revealed whenever it’s rock field becomes part of your territory. You no longer need to mine rocks to find out if there is some Ideon hidden within.

When your warehouse storage is full, the mining process will be paused which is visualized by a fading icon.

Mining gold or other rare resources requires a warehouse. By default a single warehouse can store up to 2,000 resource units (used to be 1,000) which equals 2 trade packages.

You can also upgrade the warehouse with a storage for goods and other resources. Please note that the these upgrades now have to be researched first. Instead of landing somewhere on the planet (forcing you to search him) the merchant now lands on the spaceport. As soon as you have built one, you can open it to see when the next merchant will arrive. In addition you can also pay a bonus to the merchant to make sure he doesn’t stop at other planets and comes directly to you.

You can still send up resources on your own by building a spaceship. If you spaceport is blocked by a merchant you can send him away anytime.

We have created a new user interface for the trade system. So you no longer need to click through multiple layers in the ring menu to find a resource to buy or sell. The interface gives a complete overview of things you can buy and sell and everything is reachable with a single click. The same interface is also used when sacrificing at temples or “negotiating” with natives and Xrathul.

As soon as you have negotiated a partnership with a native tribe they start to sell native food to you. With the new release the natives now also sell treasure maps that reveal locations of Ideon. This is useful for the Rounos mission, but also important whenever you need to decide on a good spot for the next city landing capsule. All the changes describe above need a proper integration and explanation in the game. To assure you understand how to use everything we have modified the Tuto and Joma missions. Especially the latter one is worth playing it again, because there are new goals and things to do.