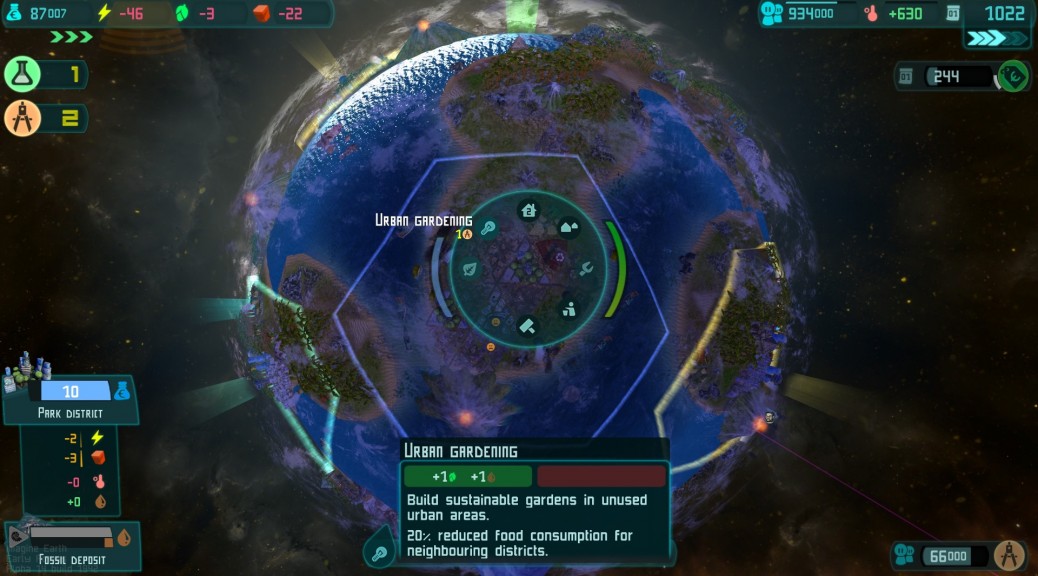 Alpha 14 brings a load of small enhancements to the game: Tools like repair and remediation can now be mass-apply to your buildings, the quality of life feature has been extended, UI elements are now smaller, the competitor AI got stronger and new Steam achievements are available. Aside from this we are working on new planets that will be added as an extension of the campaign and come with the next release.

By clicking on an icon in the toolring and dragging it with the mouse or simply keeping the mouse button pressed you can switch to the tool-mode. In this mode you can easily click a bunch of buildings to apply the tool and don’t have to open the tool-ring again and again. The video explains everything in detail:

The watchtower (and frontier buoy) now offer upgrades that automatically start the repairing or the remediation of surrounding buildings and fields. Together with the tool-mode described above this should reduce the click work a lot.

The quality of life is now shown as a smiley for each city whenever there is something to do for you. By hovering the city you can find out what is missing to make your people happy. Mostly it’s missing resources or a nearby building that caused bad mood. A new aspect we added to this is a need for variety. For example a city district level 2 will need food of 2 different kinds, e.g. an industrial farm and a fishery.

The current variety of your production is displayed when you hover the resource production at the top of the screen. The pie in the production category indicates the current level of variety. Every resource type over 10% adds to this and gives you a production bonus of 2%.

In competition mode (German: “Wettstreit”) the AI now has to develop new buildings and upgrades just like you. The computer will decide what to build based on available development funds, resource fields and existing buildings.

In addition the AI acts now a bit faster and in general makes better decisions. Or to make it short: It has become a real challenge to win against your competitors. We have started to add new Steam achievements. 14 are already implemented and more will follow with the next release. The achievements are now also displayed in the applications menu.

The user interface with it’s huge elements has been criticized quite often and has given Imagine Earth the feeling of a table or console game. We finally took the time to change this: 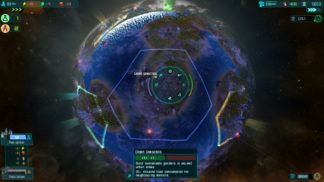 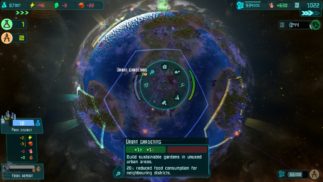 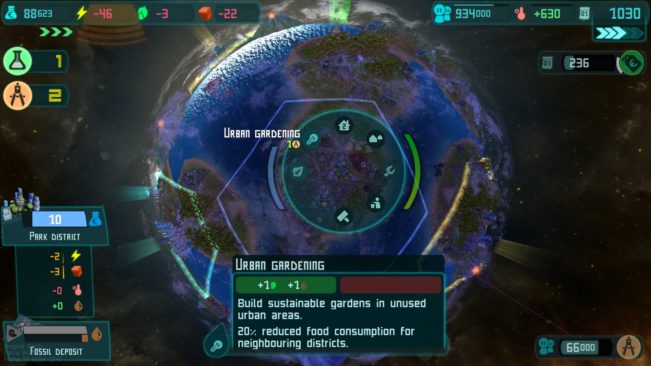 The gallery shows a comparison of the small, medium (default) and big user interface. You can configure the size in 5 steps in the options. Seeing it like that we can hardly belief that the UI elements used the have maximum size, occupying all of the screen 😉

With this release we think that Imagine Earth has reached the state we once planned to be the final version. This is why we decided to send the Steam keys to all our supporters today. If you are one of them an email should have found it’s way into your mailbox some minutes ago. Grab your key and have fun. And again: thanks a lot for your support!

To make this clear: Imagine Earth will keep it’s early access alpha state which means we will continue to add new features and content over the course of the next months.

Next week gamescom – the world’s largest gaming event – takes place in Cologne, Germany. We will attend the Game Developers Conference Europe that takes place beforehand. Let us know if you are there, too. We are available from Sunday evening until Thursday. Just write a mail to martin@imagineearth.info.