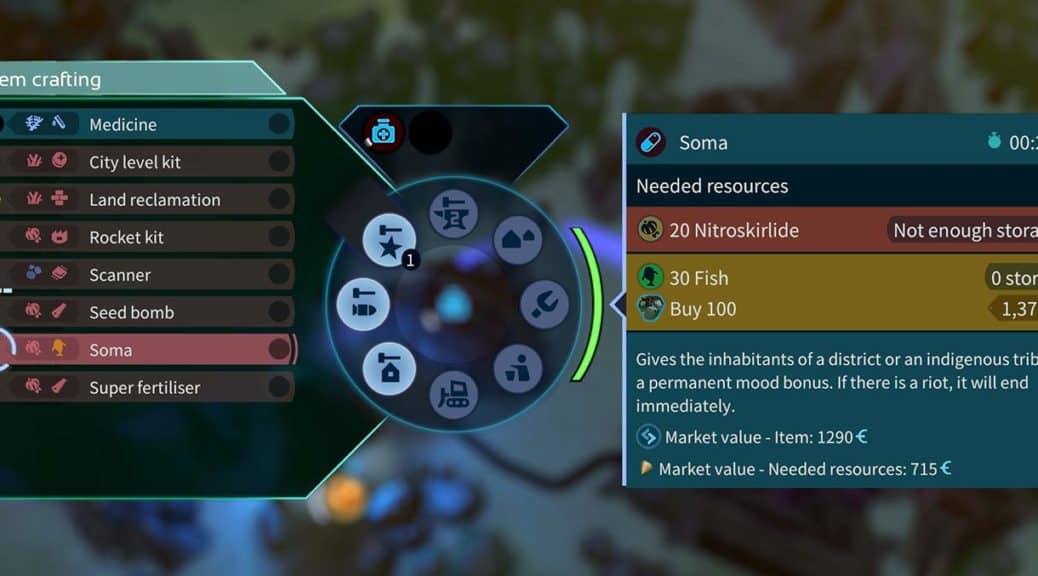 While we are already working on the next big thing for Imagine Earth we have worked on a lot of usability, balancing and performance improvements and decided that this is worth being released in a dedicated update.

Switching to Deferred Rendering has made our Imagine Earth 10% faster right off the bat while at the same time allowing us to show more individual light sources on the planet.

We have built a new crafting panel, that automatically buys the needed resources as soon as not all components to create items are available.
While working on this we have also balanced which resources are needed for crafting and reduced what is needed for most of the items.
Honey Pots, which can be used to attract Xrathul, have been optimized in their operation, especially in the probability with which they lead to Xrathul spaceships arriving on your planet.

To get better and play worthy planets we had to diligently tweak the generator. In making adjustments, we tried to achieve as even a distribution of field types and rare resources as possible, while also providing local hotspots that make good starting places for your colony. Also we increased the number of mountains and rocks on the planets and placed more Gaian ruins so that there are more artifacts in the game. Under these circumstances it also made sense to regenerate the Weekly Challenge planets. They are still based on the same planet, but the distribution of resources is a bit different now.