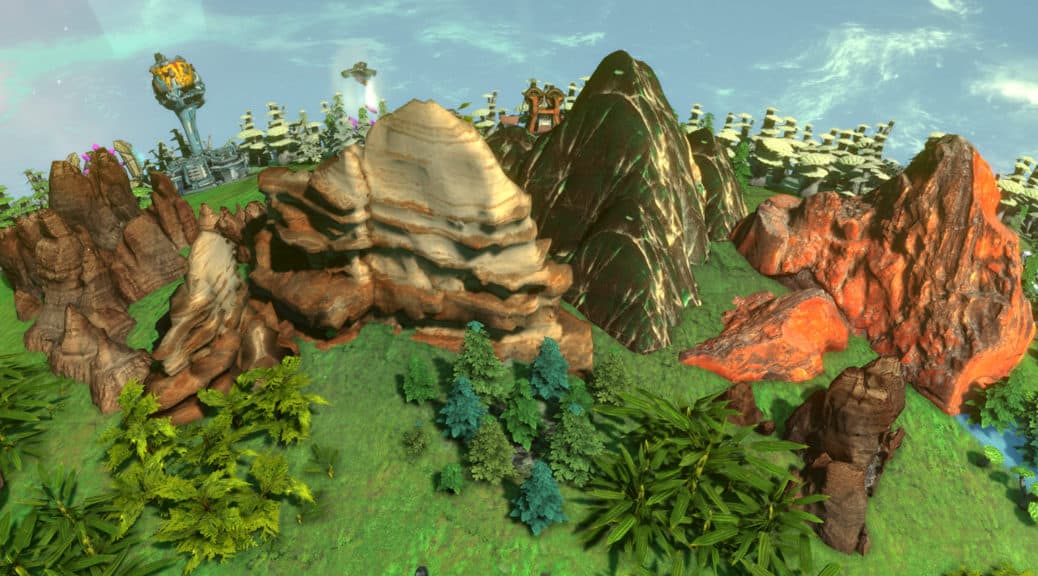 It’s been a few weeks since we last updated anything. Time for a sign of life from the Imagine Earth Universe.

In this brand new mode, you will receive a new mission every Monday. This colonization mission has the highest priority and must be completed by Sunday. The objective is to obtain the sole management license for a planet in a competitive process. It is advisable to familiarize yourself with the planet’s conditions and opponents beforehand by checking the info panel. Loading or saving is not possible in the global competition. Measure yourself against other colonists in weekly high scores and quarterly or yearly seasons.

Quarterly or annual seasons officially start at the turn of the year. But you can still win the title for 2021 by successfully completing the last 5 missions, and Martin and I will also play the weekly challenge. Let’s see who comes out on top in the leaderboard!
Of course we have more ideas, soon the weekly missions will get five objectives to gain additional victory points and we want to generate certain events that will make the gameplay more varied and fun. We also rely on your experience and feedback to figure out what could make this competition more exciting for everyone.

It’s only a small button, but it’s strategically important! Now, in the warehouse panel, with another click on the “Automatically purchase” button, you can not only have the quantity purchased for which warehouse space has been reserved. With automatically fill, resources are purchased until all storage space is full. This makes scenarios possible where the supply of the population with a resource is completely controlled by the purchase. This is a possible strategy to save the construction of a lot of infrastructure.

We have added a new set of big and small mountains that will be used on planets with the Frozen, Swamp and Barren themes to provide even more visual variety in our universe. I don’t really need any further words, just have a look.

Our world sounds system is finally finished. Now you can hear the birds chirping in the forest or the traffic in cities when you run your camera over them. Enjoy the chirping of crickets in the desert and the whistling of the wind in mountains or the gentle roar of the sea. It’s not entirely new but there were about half the ambient sounds in the game and the volume control, now lets the sound come in smoothly and overlap well.

Balancing – AI behavior in case of Global Warming is adjusted, factions are now also more sensitive to climate change. AI also now mines rocks only when there are no valuable resources left.

You can now prioritize resource mining even when the reservoir is full and redirect your drone to it.

The number of available items is now displayed in the inventory in a decidedly snappier way.

Hey, why don’t you nominate Image Earth for the Labor of Love Award? After seven years in Early Access, you’d think it would do our little two man team some good 😉

Get the original Imagine Earth soundtrack and help plant trees in the real world!

Still have questions or suggestions? Join our Discord community for exclusive news!