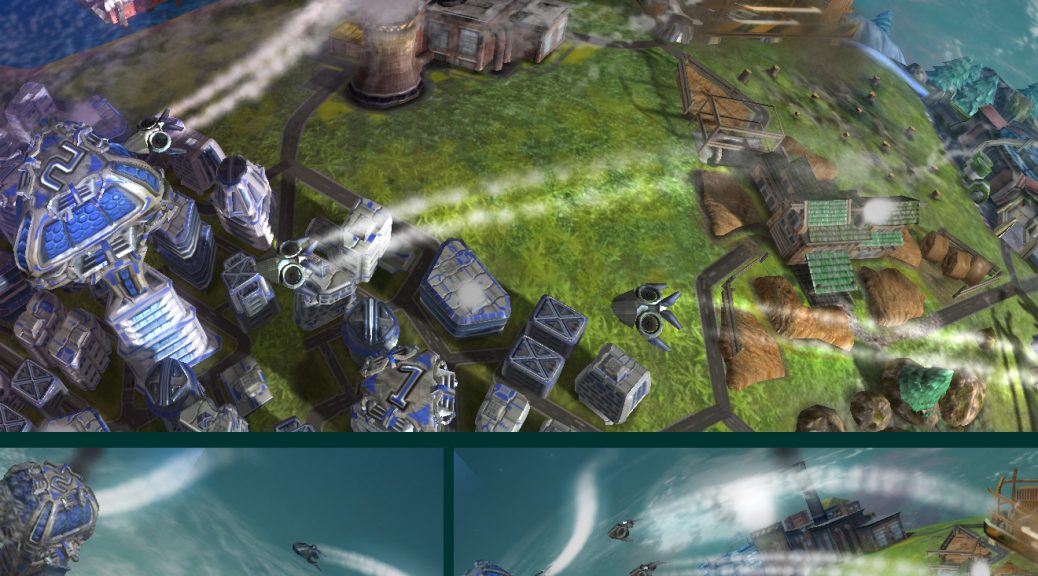 Dear colony managers! You have given us a lot of detailed feedback. With this release we are trying to answer a big part of it – especially the balancing of building upgrades.

A small feature that might turn out as a real game changer got implemented right now. Did you ever feel upset for having an interesting resource field, some crystals or a strategic construct directly in front of you but on the other side of the build radius border? Now you can easily claim ownership of adjacent fields.

Please be aware, that this land is not protected by city center or tower radius. It can be grabbed by other companies right away. This way of expanding your territory allows you to increase your reach onto something of interest besides the city upgrade logic. Note that you can no longer build buoys or towers outside of your build radius. The “claim land” tool must be research as well and until further testing it stays pretty expensive.

This might not look like much at first sight, but the new bookmarks panel on the top right of the interface are a very powerful tool. It shows all your city centers and important constructs or events around them. For example the space ports you got and if there is a trader or merchant on-site at the moment. It indicates problems and events like low productivity, low building health or incidents, incoming meteorites, wildfires and other threats to your colony. Best thing is, you can directly click each icon to jump to the event immediately. You can also create your own custom bookmarks of any field by holding a certain number key for a second while hovering the intended field.

The container is charged with gaian energy. This special form of power agglomeration emerges in intensive spheres of lively flora and fauna. Containers can be used to charge temples where gaian energy unleashes specific supernatural forces or they get sold as an invaluable tradable ware.

Generated gaian energy from temples can also be condensed into containers. The process is lossy and two energy charges of a temple result in only one charged container. With these containers gaian energy becomes a tradable and costly ware and can be used to charge other temples.

Prices fell significantly – mostly into the range of 500 to 800€. For upgrades that increase the production we have made sure that the production to price ratio is slightly better than the one of the original building.

The efficiency (production to maintenance costs ratio) is now also slightly better than the building’s original efficiency. For fossil power plants it is in the upper-mid of the “no to full fossils” range.

In addition to this some upgrades have received additional bonuses. E.g. nuclear reprocessing now gives a bonus on produced energy to reflect what is extracted from the reprocessed material.

This is working out much better than we expected.

We got some great fans out there who were so kind and excited to translate Imagine Earth into Italian and Spanish language. Thanks a lot to Capybara Localizations and Laura Alba for the awesome work!

If you find a typo or a some mistakes in texts or dialogs it’s now pretty easy to report them. Just open the “Last Message” panel (left icon at the bottom) and you can see the name of the dialog in the lower right corner of the dialog.

To thank you for your interest in our update and reading all the way down here, we wanna give a short glimpse into future development. Here you can see harvester drones that will pick up all the stuff in the future. You can staple them on your warehouses which are used as the drone’s home base. Let us know what you think about the new stuff and if you have any feature requests. You’re welcome to share your ideas for the project in the Imagine Earth forum on steam! Regards, Martin & Jens